Case in Review: Cahill and Changes in the Family Estate Planning Landscape 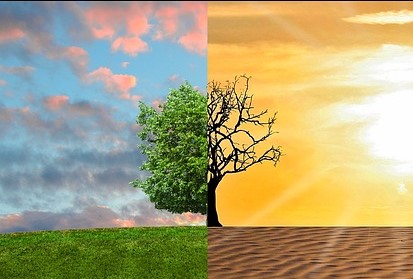 The Tax Court has recently issued an opinion addressing several significant estate planning issues. In Estate of Cahill, T.C. Memo 2018-84, the Tax Court reviewed an inter-generational split-dollar arrangement under IRC §§2036, 2038, and 2703 (among other provisions). While this case may not break new ground in those areas, it shows the trend of the Tax Court to be more aggressive in its acceptance of those provisions to minimize the benefits of certain estate planning techniques.

The Split-Dollar Life Insurance Transaction and the Two Trusts

At issue in Cahill was a split-dollar arrangement involving two trusts, the “Survivor’s Trust” and the “MB Trust.” The Richard F. Cahill Survivor’s Trust (the “Survivor’s Trust”) was a revocable trust created by Richard Cahill. At all relevant times, Richard’s son, Patrick, was trustee of the Survivor’s Trust. The Morrison Brown Trust (the “MB Trust”) was an irrevocable trust created by Patrick as Richard’s attorney-in-fact on September 9, 2010. William, Patrick’s cousin and business partner, was trustee of the MB Trust. Throughout all times relevant to the litigation, Patrick was Richard’s attorney-in-fact.

If the MB Trust did not retain the policy, the policy would be tendered to the Survivor Trust’s lender with the Survivor’s Trust retaining any excess cash surrender value above the amount due on the loan.

The Court referred to these rights as the “termination rights.”

Under the terms of the split-dollar agreements, upon the death of the insured, the Survivor’s Trust would receive a portion of the death benefit equal to the greater of:

The Court referred to these rights as the “death benefit rights.”

Richard Cahill died on December 12, 2011. On his date of death, the aggregate cash surrender value of the policies equaled $9,611,624. Richard’s estate tax return reported a value of Richard’s rights in the split-dollar agreements of $183,700, less than 2% of the original $10 million advance. The estate’s theory regarding its valuation was that the estate’s interest was limited to a right to payments at the insured’s death because the MB Trust essentially would never agree to a termination of the split-dollar agreement. Given the ages of the insureds, Patrick and Shannon, the present value of the estate’s right based on the current cash surrender value of the policies would equal $183,700. The IRS issued a Notice of Deficiency adjusting the value to $9,611,624, the cash surrender value on Richard’s date of death.

After filing a Petition with the Tax Court, Richard’s estate filed a Motion for Partial Summary Judgment regarding certain issues, including the application of IRC §§2036, 2038, and 2703. The IRS did not file any cross-motion seeking summary judgment in its favor.

There clearly was a lifetime transfer of $10 million. The Court, citing to the recent Powell 2 opinion, held that the termination rights held by the Richard Cahill at his death amounted to a right to both designate the persons who would possess or enjoy the transferred property and alter, amend, revoke, or terminate the transfer. Therefore, the sole issue for the Court to decide came to whether the “bona fide sale for full and adequate consideration” exception was satisfied. Regarding whether the sale was bona fide, the Court found there were several fact questions such as whether the transfer had a legitimate business purpose. Regardless, the Court was clear that there could not be “full and adequate consideration.” The reason is that the question of whether a transfer is for full and adequate consideration is one of value; “i.e., did what decedent transferred roughly equal the value of what he received in return?”3The Court cited to the estate’s own position that the value of what was transferred equaled $183,700 on Richard’s date of death. Given that 98% reduction in value from the $10 million transferred, there could not be “full and adequate consideration.” The Court disagreed with the estate’s arguments regarding application of the gift tax as mitigating this issue.

Next, the Court reviewed application of §§2703(a)(1) and (2). The IRS argued that, as an alternative to the application of §§2036(a)(2) and 2038(a)(1), the MB Trust’s ability to veto termination of the split-dollar agreements should be disregarded under §2703. §2703(a)(1) applies to disregard, for purposes of valuation, “any option, agreement, or other right to acquire or use the property at a price less than” fair market value. §2703(a)(1) applies to disregard, for purposes of valuation, “any restriction on the right to sell or use such property.” An exception to §2703(a) applies if the arrangement: (1) is a bona fide business arrangement; (2) is not a device to transfer such property to members of the decedent’s family for less than full and adequate consideration in money or money’s worth; and (3) terms are comparable to similar arrangements entered into by persons in arms’ length transactions.4

The Court was not willing to accept the estate’s argument that §2703(a) does not apply to the split-dollar arrangements. The estate contended that the split-dollar agreements were more like promissory notes or partnership interests than property as contemplated by §2703(a) such as options, buy-sell arrangements, or other restraints on alienation. However, the estate cited to no authority for this proposition. The Court gave a number of reasons why it felt the analogies are not applicable. Aside from those items, the Court held that §2703(a)(1) applied due to the fact that the MB Trust was granted the rights under the split-dollar agreements at a price less than the full fair market value of what was transferred. Again, the Court cited to the estate’s valuation noting that the MB Trust obtained the use of $10 million in exchange for what the estate argues to be valued at $183,700 to the Survivor’s Trust. Under §2703(a)(2), the Court held that “it is clear that … the split-dollar agreements, and specifically the MB Trust’s ability to prevent termination” restricted Richard’s rights to use his termination rights and withdraw his investments. As such, §§2703(a)(1) applies. However, the Court left for trial whether the §2703(b) exception may apply.

Beyond these arguments, the estate raised certain arguments regarding application of Treas. Reg. §1.61-22 to the proposed adjustment. Specifically, those regulations apply to determine the gift tax value of rights under similar split-dollar arrangements (economic benefit regime). While those regulations apply for gift tax purposes, the do not refer to the estate tax. Although the estate argued that consistency principals should apply, the Court did not agree.

In the end, the Court denied all of the estate’s requests for summary judgment. Although the Court used language in its opinion seeming to come to a final conclusion on a number of issues, it is important to note that the IRS did not file a cross-motion for summary judgment. Therefore, the Court’s opinion does not necessarily dispose of those issues. While it may be unlikely for the Court to render a different opinion after trial, failure of the IRS to have the matters disposed of through a cross-motion leaves certain issues open which the Court seemed to feel resolved.

Although Cahill, from a procedural standpoint, only denies the estate partial summary judgment on the issues discussed above, there are a handful of important take-aways from Cahill:

The effect of this ruling is that planners will need to be vigilant in structuring all types of family arrangements, not just family limited partnerships. Considering this ruling and Powell, it is increasingly important not to allow the senior generation to hold any vote with respect to distributions, liquidations, or other aspects relating to enjoyment of property, even of that vote is held in as a minority vote or otherwise requires the consent of an adverse party. Current arrangements likely need to be reviewed for restructuring to avoid these issues as well.

It appears the Court’s position under §2703 may be more aggressive than its other positions. However, if it believes §2703(a) applies, it may be difficult for the estate to prove application of the §2703(b) exception. If that is the case, and the logic of Cahill is applied more broadly, then valuation of interests in any number of family arrangements, including family limited partnerships, may be required to be no less than liquidation value. This outcome may be unlikely but has been suggested by some well-respected planners.

Planners can be expected to eagerly await the final outcome of Cahill. The issues left open by the Court, and, in fact due to the particular procedural context of this ruling, whether the Court alters its opinion since the IRS did not seek summary judgment, may be important in structuring any number of planning techniques such as family limited partnerships, split-dollar agreements, and other intra-family contractual arrangements.